Dr. Paul A. Brintley is an entrepreneur expert with very special administration and leadership skills. His expert and groundbreaking insight has birthed many avenues for helping others succeed to be top producers of their industries. 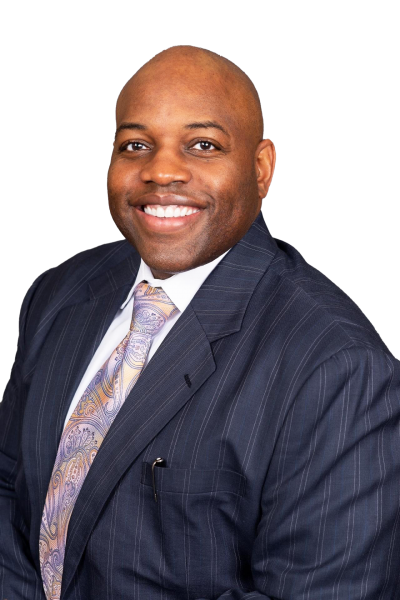 In 1992 Paul opened a paralegal firm called Legal Documents Now. In 1994 he became the youngest Subway franchise owner in the United States. Under his leadership, his restaurant remained in the top 10 out of 300 Subways in NC. In 2000 he opened Classic Tax and All-American Fitness. In 2002 he purchased a paintless dent removal franchise called DentMax. In 2012 he opened Brintley Allstate Insurance Agency.

Dr. Paul is the Senior Pastor and founder of Christian Fellowship Assembly in Dallas, North Carolina. His travels have included South Africa, Botswana, Mozambique, Canada, Haiti, Israel, Germany, India, Poland, El Salvador, London, Zimbabwe and 30 states in the USA. Through his travels and work in the mission field, He has established several churches in India, Poland and Africa and provides 100’s of DVD’s and printed materials to strengthen and support those churches.

Dr. Paul attended Duke University School of Divinity where he furthered his studies in the gospel. He has a Paralegal Degree from Kings College and a Bachelor of Theology from Agape College. His latest educational achievement is that he earned his Doctor of Ministry degree from Piedmont College of Theology.

Dr. Paul has authored books entitled Loyalty to the Man of God, Two Wives in the Parsonage, and Business by Faith.

He is married to Celeste Crocker and they have one son, Paul Brintley II. One of his strongest convictions is “good, better, best, never let it rest; until your good becomes better and your better becomes best”.

Paul Brintley never fails to inspire, encourage and motivate. I love to listen to him as both a minister and a motivational speaker! Always shining a light in the darkness that grips this world.

Pastor Paul Brintley is one of the wisest people in my life. What he speaks makes my heart happy and satisfied. I am very thankful that God connected me with him and gave me the opportunity to grow spiritually by listening to his messages.

Dr. Brintley is a powerhouse speaker. His delivery and content leave his audiences wanting more. What I like most about his talks is that he takes the complex and breaks it down so that everyone can understand. I highly recommend him for your next event!

I have listened to Dr. Brintley many times and can say that each time his delivery has inspired and motivated me to action that has allowed me to grow personally and professionally.  He has the unique ability to present complex ideas in clear and concise ways that have helped me to understand and apply those ideas to my daily life.

Bishop Dr Brintley’s talks especially on leadership from the word of God, have been a source of much encouragement and inspiration in my work as a minister of the Gospel here in Africa. He has been used to build many other leaders in my ministry.

Dr Paul’s positivity, knowledge and energy was captivating! I love the way he engaged the audience and I throughly enjoyed attending his session.

Dr. Paul’s teachings provided an insightful understanding of human behavior with guidance on how to cope with it without compromising on your purpose of being